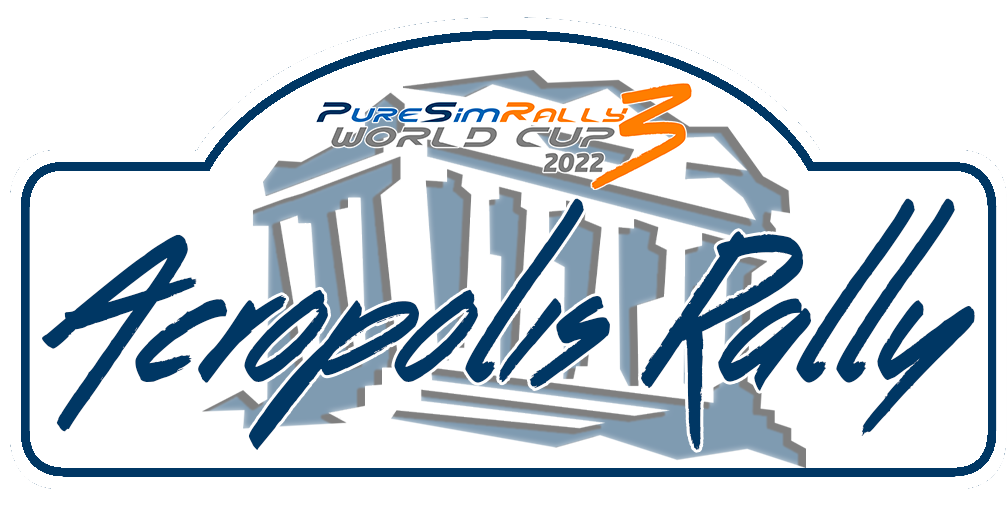 Ancestor of our national race, is the "ELPA rally" of '52, with winners Pesmazoglou-Papamichail, with a Chevrolet V8. In November of the same year, Mr. Apostolos Nicolaidis suggested that the rally be upgraded to international and be named "Acropolis". Thus, on May 29, 1953, the first start was given, with participation of 26 crews, of which 7 were foreign. In '56 he joined the European Championship and since then, as one of the "historic cradles" of rallies, on its routes it has "live" great moments. Characterized as one of the toughest races of the institution, the "Acropolis", with the difficult and "tight" special stages his routes, steadily gained fame and publicity year after year attracting its biggest names and best rally cars seasonal.
In the 70s the race, now included in world championship, he experienced special glamor by maintaining it its uniqueness: Cars like the Lancia Stratos, with three titles to her credit, they have never won our national race. Like not him one of the rally "gods", Hannu Mikkola, also won. The period '77-'81 is sealed by the victories of Escort RS, with the exception of '78, when it finished first Fiat 131 Abarth by Rohrl, Geistdorfer. Ford's predominance in "Acropolis", sometimes with Waldegard, Thorszelius and sometimes with them Vatanen, Richards was the apotheosis of a world which, though "divine", it was finally going to set.
The entry to the rallies, from '81, of four-wheel drive Audi Quattro changed everything. The "Acropolis" of '82 was historic, after the Quattro won the Greek soil driven by Mouton. Audi got another one victory, with Blomqvist, in '84, but the scene was changing again: Oi '82 regulations brought Group B supercars to the fore. Four-wheel drive, turbo and with beastly performance, took off the technology and racing speeds. Winners are Peugeot and Lancia, who surpassed the others in progress and dominated.
From '87 to our days, the Acropolis was absent from the event only once, in '95. The Group A years were dominated by new big players, as Lancia really was Delta, Toyota Celica, Ford Escort Cosworth 4x4 and i Subaru Impreza 555. Passing through the era where the first word has the racing in the WRC category, our national rally acquired him his undisputed polyvictory, who is none other than the Briton Colin McRae.
In 2005 the center of the race was Lamia. A super special route took part in the Olympic Stadium with great success. That year, the Acropolis Rally was voted as the best rally for 2005.
In 2006 the center of the race was moved in Athens and the surrounding mountains. The service park was in its place Athens Olympic Stadium. This year there were two superspecials in Olympic stadium, once on the first day of the competition and once on last. In 2007 the center of the race was once again Athens.
In 2007 there were 3 super specials, which took place at the Olympic Equestrian Center in Markopoulos. In 2009, the rally was held in Loutraki, Corinthia, and the winner was the Finnish Mikko Hirvonen on June 14.
In 2011 the famous and toughest match of the world championship returned to the World Federation's competition calendar Car. In 2011, the center of the race was Loutraki and the special stages routes were extended to Fthiotida, Boeotia, Corinthia and Argolis. The race began on June 16 under her Sacred Rock Acropolis of Athens, with the opening ceremony and ended on June 19.
In 2012 the rally acropolis started on May 24 at Zappeio Megaro with its center race in Loutraki, still in 2012 some new specials were added routes. The closing ceremony took place on May 27 at the Club Hotel Casino Loutraki and the winner was Sebastian Leb.
2013 was the last year that the rally counted in the World Championship Championship, as well as due to financial difficulties and non-payment of of debts to the World Automobile Federation, was excluded from the calendar of matches of the Championship. The winner in 2013 was Finnish Jari - Matti Latvala.
Since 2014, the match has been included in the European calendar Rally Championship, with the center of the race returning to its territories Fthiotidas in 2016, where the young Ralph Sirmasis emerged as the winner, surprising the match fans and leaving out competition the big favorites.
In 2021 he returned to his program World Rally Championship replacing the Rally of Chile which was canceled as the country faces problems with the pandemic of the sars-cov-2 virus.